In most years, snow settles on the shoulders of an extinct volcano that dominates the landscape where six generations of the Findlay family have farmed their ‘Heathfield’ property in the Weatherboard district near Ballarat in south-western Victoria.

Ben received the ‘southern Victoria highest yield’ award for growing a 31ha paddock of the RGT Accroc wheat variety that yielded 10.4 tonnes/ha during the 2020 season.

It was the top-yielding crop in Victoria, and placed third nationally for yield, in the first year of the Hyper Yielding Crops (HYC) awards, presented as part of the GRDC-invested HYC project from 2020–24 led by Field Applied Research (FAR) Australia.

Ben was one of three Victorian winners (covering southern and northern categories) and nine Australia-wide winners. These winners were selected from a field of 65 growers across the country who entered wheat paddocks in 2020 and volunteered data for each paddock in the HYC awards.

Ben says the award-winning wheat, pushing above 10t/ha, was achieved with a mix of variety selection and new agronomic practices implemented in the past four years.

Some of these tactics were drawn from another Tasmania-based, GRDC-invested project that concluded in 2019. This preceding five-year research effort – the Hyper Yielding Cereals project – was also led by FAR Australia, in collaboration with Southern Farming Systems, from 2015.

The project, and other trials on the mainland, showed hyper-yielding cereal varieties and agronomic strategies could be adapted to cropping areas across the country’s other high-rainfall growing areas.

“The project results helped show what was achievable with the right variety grown in the appropriate environment with optimal agronomic management,” Mr Midwood says. 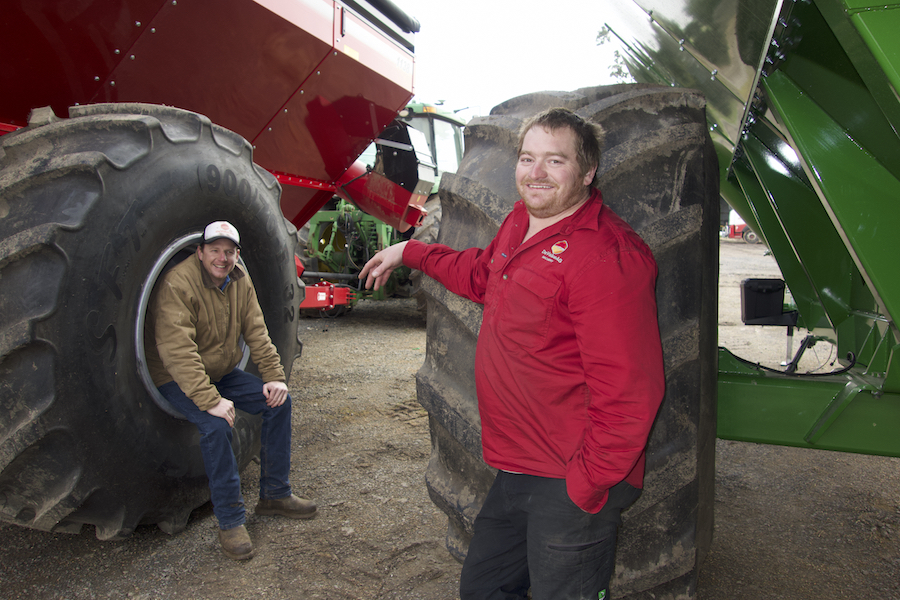 Among the mainland growers following its research findings were Ben and Chris, who switched to growing the RGT Accroc winter wheat variety in 2019 because of the earlier HYC project that set new yield benchmarks for cereal cropping in Tasmania.

RGT Accroc was one of four high-performance wheat lines identified by FAR Australia researchers to underpin the new yield benchmark of 13 to 13.5t/ha for Tasmanian feed wheat. And highlighting its widespread adoption, about 36 per cent of Victorian growers who nominated paddocks for the 2020 HYC awards opted to grow RGT Accroc.

Prior to its adoption, Ben and Chris road-tested the on-farm performance of RGT Accroc in paddock strip trials. The paddock testing is part of a program for varietal renewal that sees cultivars replaced with a higher-yielding alternative on the ‘Heathfield’ farm every three or four years.

Also contributing to the award win was a fine-tuned approach to fungicide application gleaned from the Tasmanian HYC project, which developed agronomic strategies to secure the yield potential of high-performance cultivars such as RGT Accroc.

The Group 3 fungicide product, Tebuconazole 430 SC, containing the active ingredient tebuconazole, was applied to RGT Accroc wheat on 14 October at a rate of 290 millimetres/ha at growth stage (GS) 59 (head emergence).

“Until last season, we hadn’t applied fungicide that late in the crop’s development,” Ben says. “Visual assessment of the crop suggested it did make a difference to yield because there were a lot fewer dead grain heads in the 2020 crop compared with previous years.

“And the additional spray has returned more profit through yield gain than the $10/ha it costs to apply.”

Trials in 2018 and 2019 of the HYC project showed the return on fungicide investment for the hyper-yielding winter wheat lines was typically $3 to $4 for every dollar spent.

As such, their approach to disease control, particularly the timing of fungicide applications, was closely aligned with the fungicide strategy for wheat developed through the Tasmanian HYC project.

In this strategy, the timing of fungicide applications is crucial for optimising the productivity and profitability of hyper-yielding wheat by controlling disease on the main leaves that contribute to yield, Mr Midwood says. 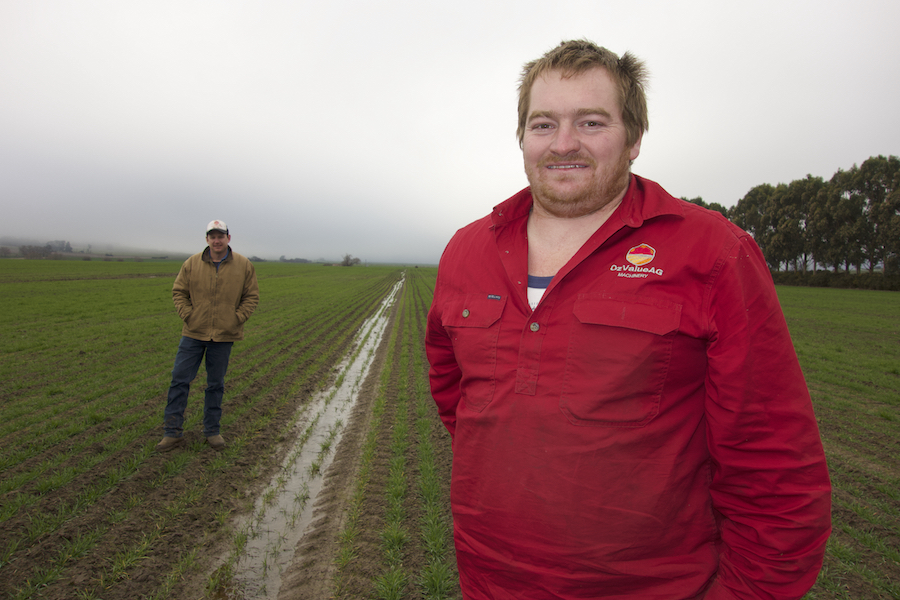 Ben says earlier sowing is another significant practice change that contributed to the award-winning crop.

Wheat was traditionally sown on the ‘Heathfield’ farm in late April, but now it is sown in early April. For instance, the HYC wheat paddock was planted on 9 April last year, using a seeding rate of 110 kilograms/ha on 25-centimetre row spacings.

“Our wheat sowing date has gradually been brought forward by about five days a year over the past four years,” Ben says

“Sowing the crop nearly a month earlier provides a wheat yield advantage of up to 4t/ha.

“This yield gain has, in part, been achieved by growing the RGT Accroc winter wheat variety with a vernalisation (cold) requirement.”

He says sowing wheat in early April leads to improved crop establishment when soil temperatures are warmer and a longer growing season conducive to higher yields. Early sowing wheat also improves the flexibility and efficiency of cropping operations because there is more opportunity for spraying to control weeds, diseases and insect pests in favourable weather conditions during mid-autumn.

All growers participating in the HYC awards were provided with a detailed report that allows them to evaluate their agronomic approach compared with other growers nationally, but particularly in the same cropping region.

For Ben, data contained in the report has also enabled him to benchmark the agronomic performance of his wheat against the aspirational or biophysical potential yield that could be achieved on the family farm.

For instance, the HYC data showed the Findlays’ wheat achieved about 94 per cent of its yield potential, estimated at 11.02t/ha.

This result saw Ben place fourth nationally, based on a national ranking for the percentage of yield potential achieved by participating growers. The HYC team developed the yield potential estimates for each wheat crop using a model incorporating paddock-specific conditions, such as rainfall, soil water-holding capacity, temperature and solar radiation.

Posted in Latest News, Articles, Efficiency on your farm
×
Scroll To Top