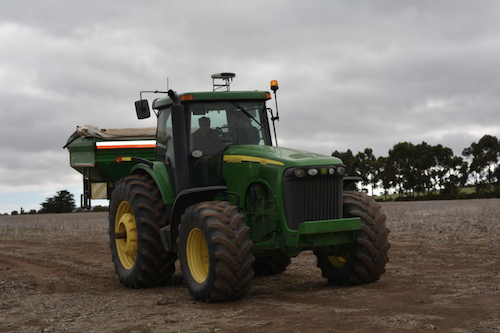 Great article by our friend Bill Dwyer, worth a read to see how Augmenta is helping sustainability and promoting good soil health.

It is becoming increasingly clear that agricultural ecosystems, long blamed for being a major greenhouse emitter, can now shoulder much of the burden of change.

If a shift in mindset induces more efficient agricultural cultural practices, one of the benefits would be locking up more sequestered atmospheric carbon in soils. Consequently, this will make soils healthier and crops produced from them more sustainable.

This notion is not a revelation by any means. In a quote borrowed from Judith D. Schwartz’s seminal work, “Cows Save the Planet: And Other Improbable Ways of Restoring Soil to Heal the Earth,” the following proverb from the Sanskrit Vedic Scriptures of around 3,600 years ago is quoted; “Upon this handful of soil our survival depends. Husband it and it will grow our food, our fuel, our shelter, and surround us with beauty. Abuse it and soil will collapse and die, taking humanity with it.” If that is not a provocative thought, I don’t know what is.

So, what exactly are we doing about soil health in modern farming systems?

It is an established fact that the excessive application of synthetic fertilisers, not only creates diminishing financial returns, but diminishes long-term soil health as well. This is because the over-application of conventional agricultural chemistries brings about adverse change to the environs to which they are added.
However, from a farming perspective, chemical inputs have facilitated increased crop yields, the control of pests and diseases, not to mention consequent financial rewards and the incentive to carry on. Needless to say, their application has also done much to support the food and fibre needed to nourish and clothe our ever-growing global population.

But what of the long-term consequences of altering ecosystems through the over-application of such inputs? One demonstrable effect is the increased rate of metabolism of soil organic matter and humus. As soil organic matter is degraded, so too is the structure of the soil, thus reducing its water and oxygen holding capacity. Consequently, the growth of soil-borne microflora slows, retarding soil/soil and soil/plant biochemical transfers with it.

It is no exaggeration to say that the overuse of agri-chemicals is killing our soil and threatening the long-term sustainability of farming enterprises. As chemical use has gone unchecked for decades in many parts of the world, the essential nutrients normally found in soils have been depleted. So too have the beneficial bacteria and fungi which provide organic material essential for plants. In other words, soil fertility – the very basis upon which agriculture is founded – is being jeopardized. In the quest for ever greater productivity to feed and clothe the planet, we are seriously compromising our longer-term ability to do so.

If that weren’t enough cause for concern, there is more. The loss of Soil Organic Carbon (SOC) correlates with a reduction in the soil’s ability to store nitrogen. This means that we will become increasingly reliant on the excessive use of synthetic fertilisers to grow crops – a situation which could result in an ever-spiralling plunge towards environmental Armageddon.
I fully realise that the picture just painted is one full of doom and gloom. However, there is a growing realisation that if soil is allowed to heal, microbial diversity will improve, SOC cycles will benefit and the knock-on effects of better soil structure, water holding capacity and nutrient availability will all follow. By allowing more naturally-healthy crops to develop with better root architectures, more carbon is allowed into the soil. Thus are more soil-borne microbes fed and natural cycles promoted. In Australia with its generally poor soil quality, abiotic stress is a particular ongoing issue, but by increasing the population of beneficial microbes through the incorporation of conservative chemical applications, it is highly likely that farming systems will become somewhat buffered against those stresses.

The acceptance of this reality is becoming increasingly evident with more interest in soil health than ever before. One of the major realisations fuelling interest is that the soil has the ability to lock up atmospheric carbon dioxide. Those concerned about climate change can, therefore, take considerable comfort in the fact that future farming practices may actually become a solution to the problem, rather than an assumed cause of it.

If we are to realise such benefits and get out of the apocalyptic corner we have all painted ourselves into, a fundamental change in mindset will be required. We need to adopt a far more conservative approach to chemical fertilisers and other inorganic compounds in agricultural ecosystems. Selective, targeted, and optimised applications will go a long way in reversing the degradation.

Pivotal as it may be, just a change in thinking will not be enough. The motivations driving sustainability need to be self-perpetuating in order to ensure permanent change. Importantly, a viable alternative to current farming practices has to be readily available before a shift in the status quo is possible.

Fortunately, cutting-edge precision technology now offers farmers a world first when it comes to an effective, easy-to-use way of optimizing inputs. Called the Augmenta System, it is a seemingly simple, unobtrusive device quickly mounted on the cabin roof of any ordinary VRA enabled tractor/implement or self-propelled spreader/sprayer setup (older equipment can be actuated via the Augmenta Retrofit Kit). 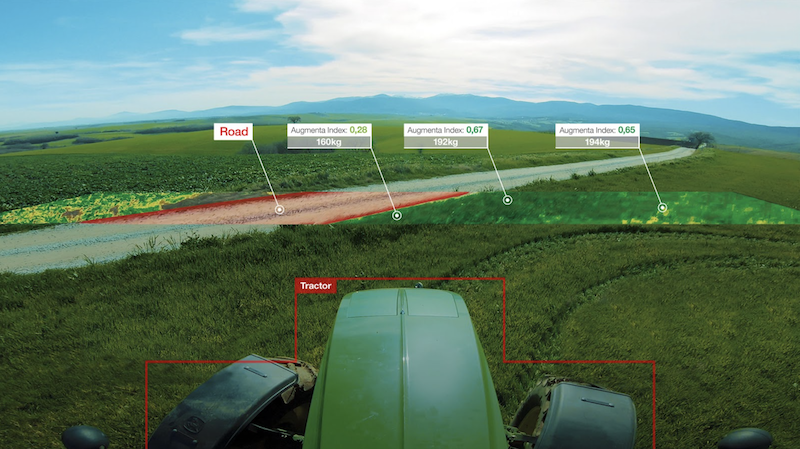 During an operation, an array of 4K, 12 pixel/cm hyper-spectual cameras ‘scan’ the crop ahead as the farmer drives along the paddock. When carrying out N-VRA, powerful algorithms create a vegetative index to formulate an on-going prescription map for nitrogenous fertiliser. With the upper limit set (i.e. the ‘recommended dose’ as normally defined by an agronomist or a farmer’s experience), it then controls the VRA equipment to optimise implementation, completely avoiding waste and over-application.

Coined ‘Augmenta Farming’ by its inventors (a couple of young electronics engineers with farming backgrounds), the whole process is fully-automatic, done in real-time and in a single pass.

Results? It managed fertilizer savings of 6.2% on winter wheat and 7.8% on canola in a 2020/21 Field Trial in Australia. What’s more, it produced average yield increases of 11.2% for both crops. On just 338.2 ha of land, the total cost benefit (i.e. input cost savings and the money made because of increased yield) came to a staggering $65,000 AUD (or $58,000 USD) of additional income for the farmer. And this is not just a one-off. Similar results are to be found from the multiple countries (18 at the time of writing) Augmenta currently operates. 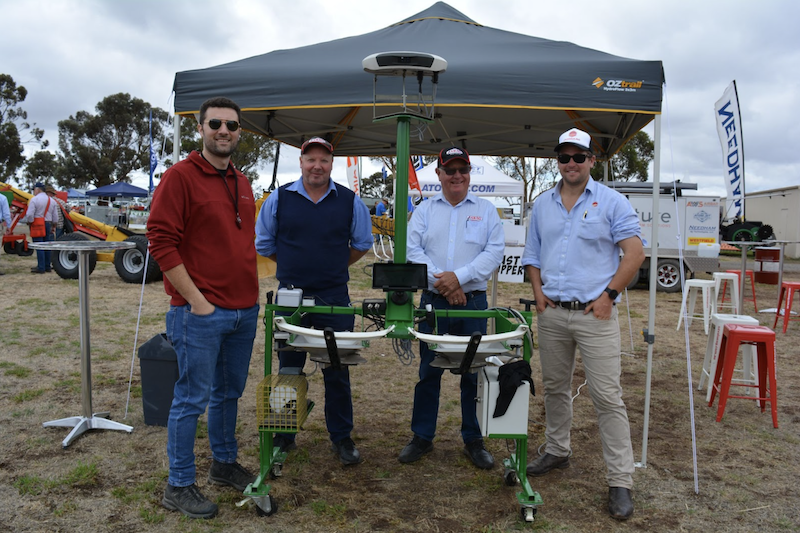 Aside from (liquid/solid) N-VRA (and Multi N-VRA), the Augmenta System can also optimise PGR plant growth regulators and Harvest Aid/Defoliants, and more services (including Green on Brown selective Spraying) are forthcoming. It can also be used on a variety of crop types, including all the major staples.

It took just half a century to strip the soils of their organic carbon to the pitiful levels we see today. To avert catastrophe, the trend needs correction and properly functioning SOC cycles reestablished. This would both remove carbon from the atmosphere, thereby reducing carbon footprints, and create carbon-enriched soils. Resident nitrogenous compounds would be better retained by the soil and made more readily available for plants in subsequent years. Crucially, this would result in an even lower longer-term reliance on synthetic fertiliser. To turn a few phases, the plummeting spiral would, in effect, become an uplifting reversal into soaring heights of sustainability.

It will take some time and commitment to get those SOC levels and healthier soils back. With the invention of the Augmenta System and the advent of Augmented Farming, we have the means right here and now to use synthetic input application in farming ecosystems in a far more efficient way. Being such a simple, no-fuss ‘turnkey’ solution, it is bound to appeal to pragmatic farmers. With farming enterprise margins as razor thin as they are, as it can promote sustainability and significantly bolster earnings at the same time, there really is no excuse for any of us.