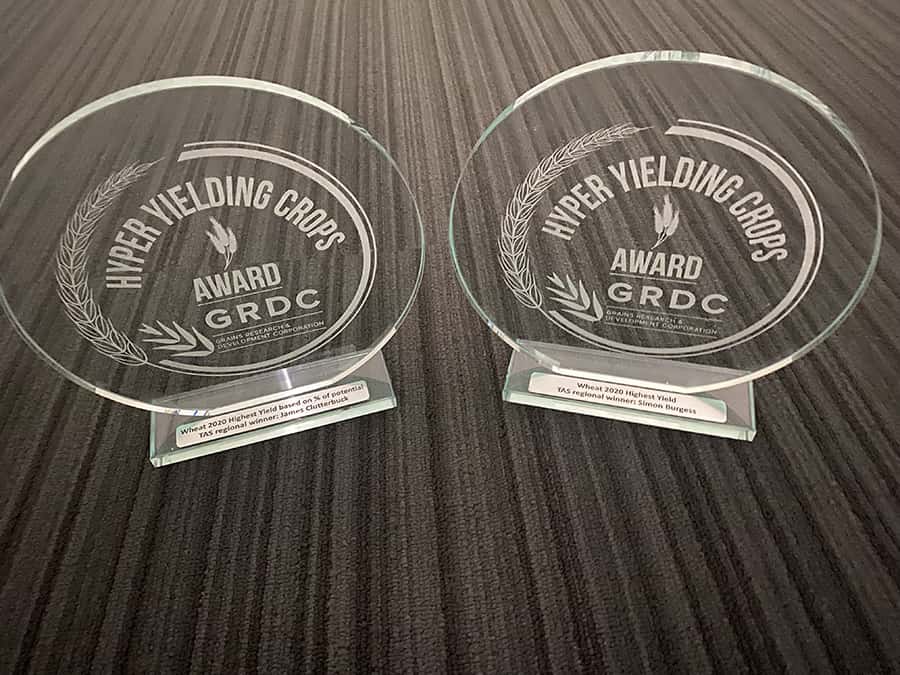 Oz Value Ag’s Ben Findlay was one of Nine Australian grain growers earned top honours in the 2020 Hyper Yielding Crops (HYC) awards, a project encouraging the growth of hyper-yielding and more profitable crops of wheat, barley and canola by closing the gap on potentially achievable yields.

Although the HYC initiative focuses on increasing the yields of wheat, canola and barley, the awards shine a light on the tools critical for boosting wheat yields through comparative agronomic benchmarking.

GRDC grower relations manager Randall Wilksch says the program was set up to facilitate whole-of-community learning in a bid to lift the economically attainable yields of wheat.

When actual crop yields were calculated as a percentage of yield potential for each paddock, northern Victorian grain grower Jock Binnie of Bungeet grew the top-ranking crop.

Mr Midwood says the beauty of benchmarking each crop according to percentage of yield potential is that it enables agronomy to be compared against the theoretical optimum for each paddock.

“Essentially, then, participants compete only with themselves and can focus on tweaking agronomy and management specific to their crop and paddock to close future yield gaps,” he says. 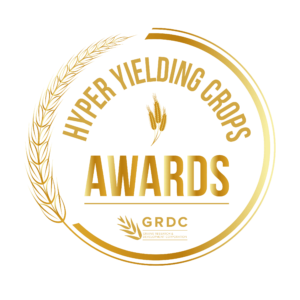 To calculate estimated yield potential, Mr Midwood says the HYC team developed a model for each paddock based on the influences of rainfall, soil water-holding capacity, temperature and radiation.

“The calculations assume management is optimised and the ‘best’ known variety is grown with no agronomic constraints such as disease, nutrient deficiency, lodging, frost or waterlogging that limit yield apart from rainfall, soil water-holding capacity, radiation and temperature.”

An analysis of growers’ individual results is included in each report, as well as the comparative data of all the other award growers from that region. This allows participants to understand what factors could be addressed to help future crops reach their yield potential and how they compare to the other growers in their region, including the top 20 per cent.

The HYC award component of the project is coordinated by Mr Midwood working with the Centre for eResearch and Digital Innovation at Federation University Australia and four farming groups. These are Southern Farming Systems (SFS) in Tasmania and Victoria, MacKillop Farm Management Group (MFMG) in SA, Riverine Plains Inc in NSW and Stirlings to Coast Farmers in WA.

To participate in the 2021 HYC Award, contact your state coordinator: